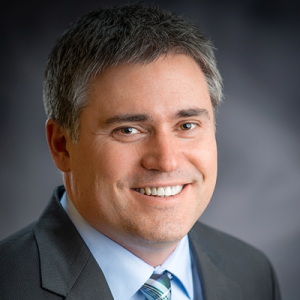 When I wrote the inaugural Carequality blog post in March of 2015, I had been in the role of Carequality Director for a little over six weeks.  I wrote at that time about how I shared the combined frustration and optimism that prevailed in the health IT interoperability space, with the former stemming from the fact that we weren’t closer to universal connectivity, and the latter reflecting progress that was being made by Carequality, and others, in achieving our interoperability goals.  I stated my sincere hope that Carequality would contribute to that progress.

As I write today, I’ve been at the helm of Carequality for a little over six years.  Reflecting on the progress we’ve made in that time, I can acknowledge that perhaps we could have done more.  I suffer from what I think is a general tendency in health IT interoperability, to move the goalposts whenever progress is made, and raise a mighty lamentation about how the newly-updated goal is still out of reach.  To a certain extent, this is appropriate.  We should not be satisfied with the current status quo, and should keep working to advance data liquidity and interoperability.

Forcing myself into a more balanced perspective, however, I can also acknowledge that if you had laid out for me, in March of 2015, all that Carequality has accomplished in the intervening years, I would have been overwhelmed at the success of our shared experiment.  At that time, we were still in the throes of agreeing on key policy elements.  The implications of Carequality’s non-discrimination principle were still being hotly debated.  The Carequality Connected Agreement didn’t yet exist in a shareable draft.  We had a plan for sustainability, but there were no Carequality Implementers, and our projections conservatively mapped out a fiscal path involving four or five Implementers signing within a year of the Carequality Framework being adopted.

Little did we know that “four or five” would be forty-five, the number of current CCA signatories.  Our jaws would have dropped at the idea of nearly 100 million patient documents being exchanged every month by Carequality Framework participants.  With many months of work still ahead to adopt one Use Case Implementation Guide, it would have been hard to imagine having three Use Case Implementation Guides adopted, with a fourth well on the way.  And, of course, I’m glad that in 2015 I had no inkling of what 2020 would bring, but we also stepped up to address a global pandemic in whatever ways we could.

I hope I can be forgiven for having a great deal of pride in our collective accomplishments.

There is, of course, always more to be done.  The goalposts are elusive, and continue to stay ahead of us.  I’m excited about the opportunities for Carequality’s ongoing growth and continued progress, and I expect to play a role in making that growth and progress a reality.  That role will not be as Carequality’s Executive Director, however.  It is time for me to turn the page to a new chapter, and for someone else to lead the initiative.

It has been my great pleasure to serve as Carequality’s Executive Director, and I will always treasure the experience of working with the Carequality community.  This is not a farewell, since I expect to continue to be involved in the health IT world and, as noted, with Carequality.  So, until we meet again, on a web meeting or – on some happy day – in person once more, take care, stay healthy, and let’s keep driving toward those elusive goalposts!

Application for the 2022 Carequality Advisory Council is Now Open

We’re looking for representatives from across the healthcare world to help our Steering Committee make informed decisions about the Carequality Interoperability Framework!…

Change to Carequality’s Policy Agreements, Combined with eHealth Exchange’s Participation, Allows Agencies To Opt In To Participate in the Nationwide, Non-Profit Interoperability…